SMO 254 Pipe is made up of an austenitic stainless steel that is used with very high end applications. It has high impact toughness and high resistance to chloride stress corrosion cracking. It has 20% chromium, 18% nickel and iron, molybdenum, nitrogen and carbon in its composition. Roopam Steel is a manufacturer and supplier of the SMO 254 pipes. The UNS S31254 Welded Pipe is welded from strips or plates of the same material. The ASTM A409 SMO 254 Seamless Pipe is made up of a cold drawing process that makes the wall thickness even with less absolute roughness. 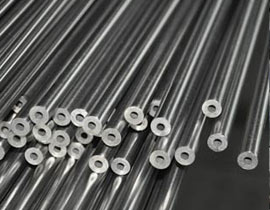 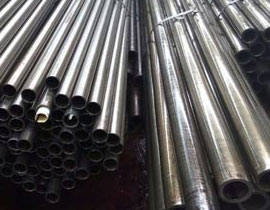 There are other production methods such as the electric resistance weld and the electric fusion weld. All these types of pipes are very strong with minimum tensile strength of 680MPa and minimum yield strength of 300MPa. The SMO WERKSTOFF NR. 1.4547 Pipe is the general standard pipe in this grade of material it has 210 Brinell hardness. The applications include heat exchangers, flue gas cleaning, desalination, sea water handling, oil distillation columns, food processing and bleaching equipment. The SMO 254 Pipe can also be annealed at temperatures ranging between 1149 and 1204 degrees Celsius. The ASME SA312 SMO Round Pipe is the most used shape of the pipe. Please contact us for more information about the product and for pricings. 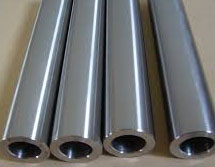